As news of the resurrection moved throughout the land, people had mixed emotions. Some wickedly desired to hide it. Some eagerly desired to tell it. And others, like Peter, desperately wanted to see it.

Among those who wanted to hide the resurrection were the chief priests. They bribed the Roman guards who stood by Jesus’ tomb. “Tell people, ‘His disciples came by night and stole him away while we were asleep.’” The Jewish authorities wanted to hide it.

Mary and the women, on the other hand, had spoken with Jesus. Too afraid to speak in public, they rushed to tell the disciples. “I have seen the Lord,” said Mary. She and the women wanted to tell it.

As he dashed to the tomb, He may have asked God, “May I see the risen Lord?” After all, Jesus appeared to Mary and then to the other women. Peter wanted the same opportunity. And yet, arriving at the tomb, he saw only the linens.

Was there nothing amazing about the linens? Could they have indicated something else?

How much of our day appears pointless and in vain? Is God working through subtle encounters of grace we simply take for granted?

Later in the New Testament, we discover that Jesus did appear to Peter, and it was likely around this time (Lk. 24:34; 1 Cor. 15:5). In fact, Jesus may have still been in the garden just outside the tomb, waiting to amaze Peter.

You can see and be amazed at Jesus. Just look for Him in Scripture (Lk. 24:27). Search for Him today by asking God as Peter might have, “May I see the Lord?” For in His Word, the living Christ can be seen.

How do you remember the resurrection?

Download a free devotional guide to prepare you for Easter. 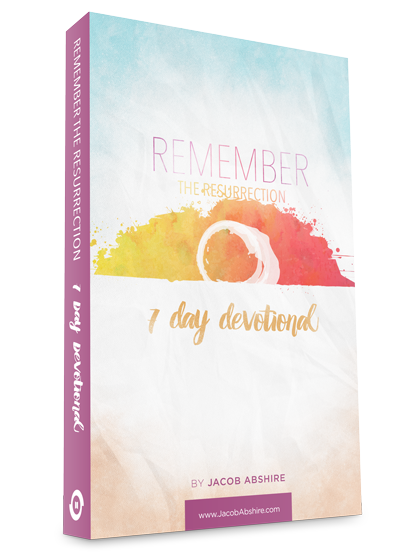