Forgetfulness Leads to Disbelief: The Importance of Remembering the Resurrection

Forgetfulness Leads to Disbelief: The Importance of Remembering the Resurrection

“Why do you seek the living among the dead?” This question prompted the most significant change in the lives of Jesus’ disciples. “He is not here, but has risen, just as he said” (Lk. 24:5-6; Matt. 28:6). But most have forgotten.

This reality is also the most significant reality to us today—particularly we who believe that Christ has risen from the dead as the triumphant Lord. But we too forget. We are forgetful people. Robert Robinson nailed it in his hymn, Come, Through Fount of Every Blessing, when he wrote these captivating words:

Prone to wander, Lord, I feel it.
Prone to leave the God I love.

This wandering and leaving is due in part to our forgetfulness. We are forgetful people and our forgetfulness leads us to many evil things. The psalmist recognized this when we wrote prophetically of Israel. He saw the testimony of God as something to be passed down from generation to generation, “so that they should set their hope in God and not forget the works of God, but keep his commandments” (Ps. 78:6-7). The connection between the testimony of God’s works and the keeping of God’s commandments is undeniable. It most evident as the psalmist continues.

“They forgot his works and the wonders that he had shown them” (Ps. 78:11). What did God do among them? He “performed wonders” many times over. He “divided the sea” and “made the waters stand” upright. He led them by a cloud during the day and fire during the night. He “split rocks in the wilderness” to yield them streams of fresh water and fed them abundantly (Ps. 78:12-16). God was their visible protection, provision, guide, shepherd, instructor, and more. But, they forgot.

Maybe this is why we are commanded again and again to remember God’s works. “Remember” was a strong command in Paul’s final letter as he awaited his execution. In an effort to fuel the fire in Timothy’s ministry, he tells him to remember his salvation and how God equipped him for ministry. “Fan into flame the gift of God” (2 Tim. 1:6). How? By remembering your sincere salvation! “God worked in you, now stand courageous in the reality that God is at work still!”

Remembering God’s work is critical to Christian living. “Remember Jesus Christ, risen from the dead” (2 Tim. 2:8). Paul cuts to the core here. What was God’s greatest work of all? It was His work on the cross which we can be sure is final because Jesus rose from the dead. “It is finished!” He said (Jn. 19:30). We know that it is finished, because Jesus returned home fully alive. His job was done. Salvation was accomplished.

Remembering the greatest work of God will yield the greatest power of God. Do you need courage? Do you lack strength? Do you require motivation? Do you want power to kill sin and love strong? Then remember the resurrection.

Are you a brother's keeper?

Download an essential guide to Christian accountability for free. 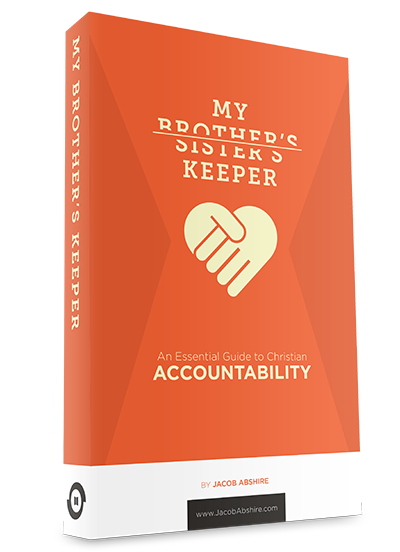