The Baptism Debate: Save or Symbolize?

The Baptism Debate: Save or Symbolize?

When it comes to the baptism debate, how you like your ice cream topping is not the only thing that is boggling the minds. People also parley about the purpose of baptism. To what end is someone baptized? Does it perform some kind of salvific feat or merely symbolize? These are the two ends of the stick.

The idea of purpose was used in the third leg of the last race—baptism by immersion most accurately represents its spiritual counterpart. Of course, I assumed you were on board with its spiritual equivalent. (The first and second legs in the race brought home win either way, so no harm done if you disagreed. However, I intend to put that to rest now.)

First, it is never a poor decision to start with a Spurgeon quote. So here goes:

“A man who knows that he is saved by believing in Christ does not, when he is baptized, lift his baptism into a saving ordinance. In fact, he is the very best protester against that mistake, because he holds that he has no right to be baptized until he is saved.”

Wasn’t that good? The issue of “effect” divides protestants from their pseudo protestant (and Roman Catholic) friends. In a sense, it is the answer to the question, “What does baptism do?” Granted, it is more complex that just that, but you get the idea. The camps would respond in different ways.

Leading the “actual thing” camp is the Roman Catholic Church. According to the New Advent Encyclopedia, baptism is the “door to the spiritual life” and that “by it we are made members of Christ and incorporated with the Church.” It goes on to say that “the effect of the sacrament [of baptism] is the remission of all sin, original and actual; likewise all punishment which is due for sin.”

In other words, you don’t get to God until you get sprinkled (since they don’t submerge). The water is your ticket in. It literally washes away your sin, even your “original” sin, as well as the punishment that comes with it. So, if you live clean after that, you will “attain immediately to the kingdom of heaven and the vision of God.” In their minds, baptism washes away the stuff that Heaven doesn’t allow.

The Baptism that God Does

Both camps would agree about the purity of Heaven. Sin cannot go through the pearly gates. God will not, because He cannot, allow it. It was the apostle Paul who said, “for by one Spirit we were all baptized into one body” when he described spiritual regeneration (1 Cor. 12:13).

There is a baptism that removes the punishment for sin, federally joins us with Christ, and grafts us into the spiritual body of Christ called the Church. But notice how Paul describes the baptizer. It is the “by one Spirit” who is the Holy Spirit. He performs this kind of baptism, not any pastor or layperson. This is a spiritual baptism, not physical baptism.

In Paul’s letter to Titus, he says that God “saved us, not on the basis of deeds which we have done in righteousness [including baptism], but according to His mercy, by the washing of regeneration and renewing by the Holy Spirit” which “being justified by His grace, we would be made heirs according to the hope of eternal life” (Tit. 3:5-7). It’s a mouthful, but so tasty.

Here’s what he means when you put it all together: spiritual baptism—a baptism by which God regenerates and renews the believer—is work performed solely by God (see Ephesians 2:8-9).

The Baptism that We Do

At the same time, Jesus commanded His disciples to baptize those who believed in Him. In other words, go out and find all of those people whom I spiritually baptized and physically baptize them in water to show everyone what I did. And, this is exactly what we see.

The book of Acts follows these guys around. In it, we see them proclaim the gospel and follow up with baptism as people showed belief. It was almost like the the proclamation of the gospel was lighting up the people who God regenerated—like a firecracker under the seat of a child. Boom! “Okay boys, baptize him, for he believes in Christ.”

Consider the account of Peter at Cornelius’ house (Acts 10). After unpacking the gospel, they believed. The light went on. God saved them. “The Holy Spirit fell upon all those who were listening to the message” (Acts 10:44). It was evident that God baptized them spiritually, so Peter responded, “surely no one can refuse the water for these to be baptized who have received the Holy Spirit just as we did” (Acts 10:47).

Peter was not trying to seal the deal. Not at all. Rather, when preaching the gospel to them, he told them that “everyone who believes in Him receives forgiveness of sin” (Acts 10:43). In other words, “if you believe in Christ, He saves you.” Peter wanted to physically baptize the spiritually baptized. He wanted to capture God’s work in the symbol of water baptism.

This is how Paul describes the spiritual baptism:

“For if we have become united with Him in the likeness of His death, certainly we shall be in the likeness of His resurrection, knowing this, that our old self was crucified with Him, in order that our body of sin might be done away with, so that we would no longer be slaves to sin; for he who has died is freed from sin. Now if we have died with Christ, we believe that we shall also live with Him” (Rom. 6:3-8).

If these examples tell us anything about the effect of baptism, it is this: God spiritually baptizes all who believe unto salvation. Man, on the other hand, only pictures it. Water baptism symbolizes the sinner dying to sin, being buried with Christ, and raising to a new life in Christ. The water does not save.

Sign up to receive periodic resources for free, plus some other goodies.

How well do you know the greatest gift of God?

A real life lesson on forgiveness from the book of Philemon. 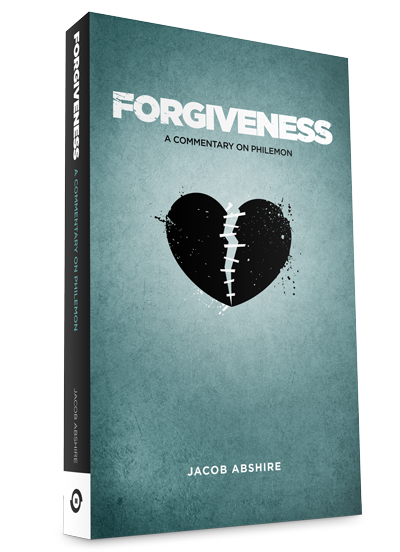